Swimming Across a Sea of Straitjackets 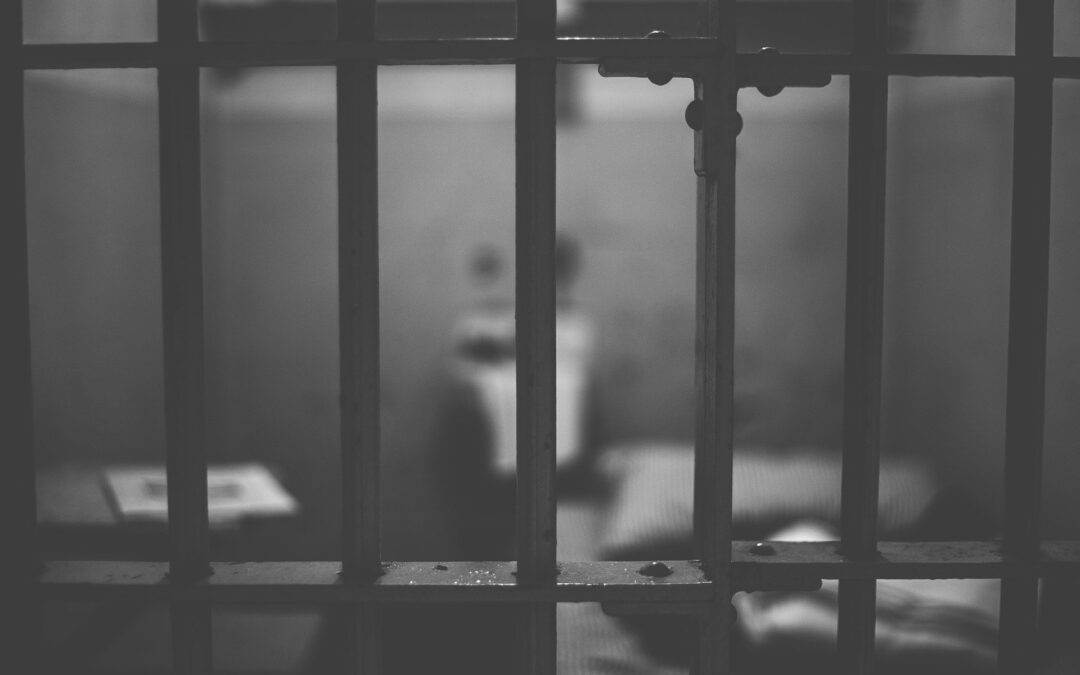 by Lee and Dennis Horton with Introduction by Lynn A. Miller, M.H.Ed., WRAP Associate, Advocates for Human Potential, Inc. (AHP)

I met Lee and Dennis when I was the Pennsylvania Department of Corrections Mental Health Advocate and Certified Peer Specialist Director. Over the years, I learned about their story and, more importantly, I witnessed their character. Not only did I believe in their innocence, but I also saw unparalleled integrity in the core of who they were. Despite the injustice of losing their freedom and being doomed to a life sentence behind bars for a crime they didn’t commit, they turned an unfathomable situation into a life of service to others. Dennis and Lee worked tirelessly to further their education, change the prison culture, and bring hope to so many who were hopeless.

During their WRAP Co-Facilitator training, I observed the impact their story had on others and how their genuineness, humility, perseverance, and unconditional high regard for others seemed to infuse the group. They went into segregation units every day, at whatever time they were needed, to bring light to others going through an especially dark time. After becoming WRAP Co-Facilitators, they immediately went to work bringing WRAP to the entire prison, working one-on-one or in groups. True to who these gentlemen are, up to the day of their commutation they were bringing WRAP and peer support to their fellow community members in prison.

Swimming Across a Sea of Straitjackets, by Lee and Dennis Horton

On May 31, 1993, we were arrested for a murder we did not commit. We were ultimately tried, convicted, and sentenced to life without the possibility of parole. At the time of our arrest, we had full-time jobs and no prison records. Our family was devastated, and we were in a state of shock. Lee was married with four children, and Dennis was engaged to be married. It felt like our lives had ended.

Prison is a dangerous, soul-crushing, spirit-breaking place. We had to be careful of the other inmates as well as staff, many of whom on both sides had mental health problems. We spent the next 27 years and 10 months trying to correct the injustice of our conviction and maintain our sanity. It has been a painful, frustrating, and heartrending journey we can only describe as swimming across a sea of straitjackets.

In addition to the foundational Red Book, WRAP products that are beneficial in prison settings include WRAP for Reentry: Moving Forward from Incarceration, WRAP for Addictions: Finding Freedom from Unwanted Patterns, and The Depression Workbook: A Guide to Living with Depression and Manic Depression.

Dennis: My first year in prison, I was paralyzed by fear, angst, and disappointment. I was angry and in utter disbelief that I had been convicted and sentenced to life in prison for a crime I didn’t commit. I worried day and night about my freedom and what would become of me. Nothing else mattered but proving my innocence, and I struggled each day just to function.

Every time I tried to read my trial transcripts, I had a panic attack. Most of the time I was struggling to overcome acute stress and irritable depression. At times my chest tightened, I couldn’t breathe, and it felt like I was having a heart attack. The stress of it all caused me deep mental anguish. I broke out in hives all over my body, as well as in my mouth and throat. As a result, I also developed hypertension. I refused to let anyone see me sweat or to go to an institutional doctor. So for years I hid my symptoms from everyone, especially my family, and acted like I was okay. My plan was to deal with it in my way—a very bad idea.

At one point, the hives in my throat were affecting my breathing and I was placed on medication. It was a very difficult experience, but I got through it. I educated myself and took what I learned and applied it to my daily life. It worked just enough for me to get through each day.

Lee: I spent the first few years of my imprisonment in denial, “masking” the problems I was having and “maintaining” my image. Ever since I was a kid I had suffered from anxiety and bouts of depression, and I learned how to function as if nothing was going on. I was ashamed and didn’t want to be labeled with the stigma of “crazy” that often accompanied a mental health condition.

Around 2005, a series of traumatizing events caused me to lapse into a depression that lasted several weeks. I was tired all the time, and one day I just didn’t get out of bed. I spent those days feeling sad, sleeping most of the time, avoiding meals, and hiding from the shower. With my brother’s help, I got through it. He took care of me—literally. As the depression came, so it disappeared. It subsided, and I vowed not to go through that anymore. I began implementing ways to prevent and not just mask my problems.

What got both of us through our mental health issues was hope, change, and a belief, instilled in us by our mother and grandmother, that our future is not yet made, but what we make it. Paraphrased: Get over it and do something to help others, and let God sort the rest out. And that’s what we did. So we fought for our freedom, beat back our mental demons as best we could, and threw ourselves into using our experience to help those around us experience a better quality of life. This was probably our best defense against being overwhelmed by our own issues. It was then that people stopped calling us Dennis and Lee and started calling us the Horton Brothers.

In 2012, we were transferred from the State Correctional Institution (SCI) at Mahanoy, where we had spent 18 years, to SCI-Chester. At Chester, we stayed busy helping people, enrolling in programs, facilitating programs, and working. By 2014, we had gained a reputation for working with others. That helped us get selected for a Certified Peer Specialist course the Department of Corrections (DOC) was sponsoring. It wound up being by far one of the best courses the DOC had ever offered. It was during this training that we were first introduced to WRAP, and it changed our lives. After training, we began working our individual WRAPs, and almost immediately we began to have breakthroughs.

A WRAP is one of the most valuable tools anyone can take with them on their journey of recovery. Multifaceted and empowering, it is an essential tool for mental health protection and liberation. Working with my WRAP, I quickly saw a difference. It helped me to identify what I had already been doing to stay well and to incorporate other things into a daily maintenance plan. My tiredness went away and my energy levels skyrocketed. I mastered my triggers by developing action plans for each one and practiced self-care religiously. Since WRAP came to my life, there have been no signs of depression. I stopped being angry and went back to calling family members daily. It helped me to focus and kept me moving toward my goal. I no longer had to fake being okay, I now was okay. WRAP also made me a more effective Certified Peer Specialist and helped me better handle my fight for freedom.

Dennis: Applying my WRAP, I began to identify and understand the mental pain and anguish I was in. Everything got better. My panic attacks went into remission and I haven’t had one in years. My stress is under control and I rarely get angry. I no longer struggle with irritable depression. A big part of my WRAP entailed a lot of work on me, but my family and belief in God empowered me; staying in touch with my family gave me hope; prayer, reading my Bible, and fellowship gave me purpose. That said, I did a lot of work on me, but it couldn’t have happened without WRAP as one of the driving forces for me getting better, so it is the best thing that ever happened to me.

In 2018, we became two of a handful of inmates to be trained as WRAP Co-Facilitators. It was the first time for prisoners.

Lee: I learned a lot about myself from my WRAP Co-Facilitator training. One thing was that I needed to stop suppressing my emotions and to talk more about what was happening inside of me.

Since our training, we have taught dozens of WRAP workshops. The prison population’s response was extremely positive, and the demand for WRAP workshops was overwhelming. WRAP has been widely popular as a life management tool in prison. It has helped a lot of the men who were in and out of the Restricted Housing Unit remain out. Many men have conveyed to us that WRAP has been one of the best programs offered in the Pennsylvania DOC. Indeed, after each workshop someone would suggest that we extend it one more day. It has impacted the DOC prison population in the same way as it impacted the two of us. We both have mentored dozens of men with WRAP and have seen men undergo a profound change as a result. WRAP has provided us with a fertile ground upon which to nurture and grow our purpose in helping others reach their fullest potential. In the end our sentence was commuted, we are free, and we are still working our individual WRAPs.

WRAP and Recovery Books is the division of AHP’s Human Potential Press that publishes books and materials about WRAP, wellness, and recovery.