Summertime is a time for taking trips and making memories
If you are traveling by car, as 38 million of us will this summer, you may be ticking off the mile markers, eagerly wondering, “Are we there yet?” You’ll arrive tired but excited, barely stopping to unpack before hitting the beach or sampling the local delicacies.
Years from now, you’ll pore over photos that likely will live in the cloud, instead of in dusty albums. You’ll swap stories with your fellow travelers, adding to and embellishing them as you go. If you’re lucky, some of the people you meet along the way will become your lifelong friends. 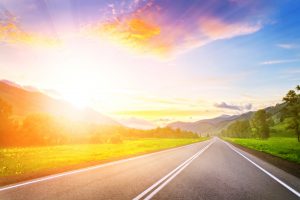 Mary Ellen Copeland, PhD, developed Wellness Recovery Action Plan (WRAP) with a group of people with lived experience who were attending a mental health recovery workshop in 1997. She is the original author of the WRAP Red Book, as well as dozens of other WRAP books and materials. She has dedicated the last 30 years of her life to learning from people who have mental health issues; discovering the simple, safe, non-invasive ways they get well, stay well, and move forward in their lives; and then sharing what she has learned with others through keynote addresses, trainings, and the development of books, curriculums, and other resources. Now that she is retired, and that, as she intended, others are continuing to share what she has learned, she continues to learn from those who have mental health issues and those who support them. She is a frequent contributor to this site.